In the first issue of March 2020, both global indicators, the Leading Barometer and the Coincident Barometer, show that the coronavirus epidemic has already impacted the global economy.
Economics
10 March 2020
Share

On March 10, FGV´s Brazilian Institute of Economics (FGV IBRE) in collaboration with the KOF Swiss Economic Institute of ETH Zurich in Switzerland, launch the Global Economic Barometer. In the first issue of March 2020, both global indicators, the Leading Barometer and the Coincident Barometer, show that the coronavirus epidemic has already impacted the global economy. Both, the Leading Barometer for global economic development and the Coincident Barometer are declining sharply. These are the lowest values for both Barometers since 2009. However, the considerable spread of the epidemic beyond the Asian region has not yet been taken into account in most input variables. Nevertheless, the Global Barometers show that the coronavirus epidemic is triggering shock waves for the global economy. 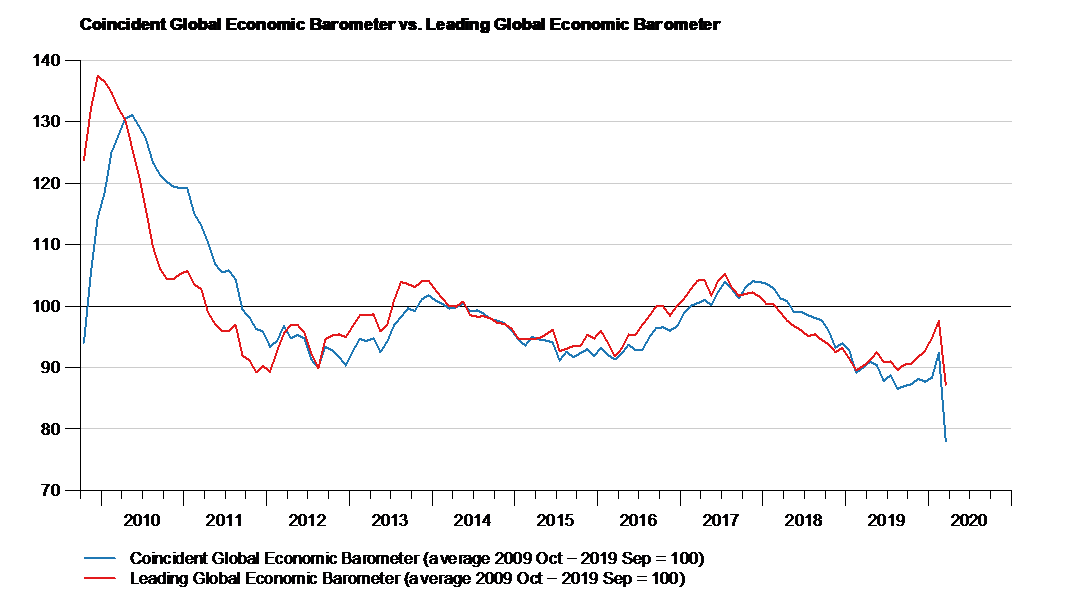 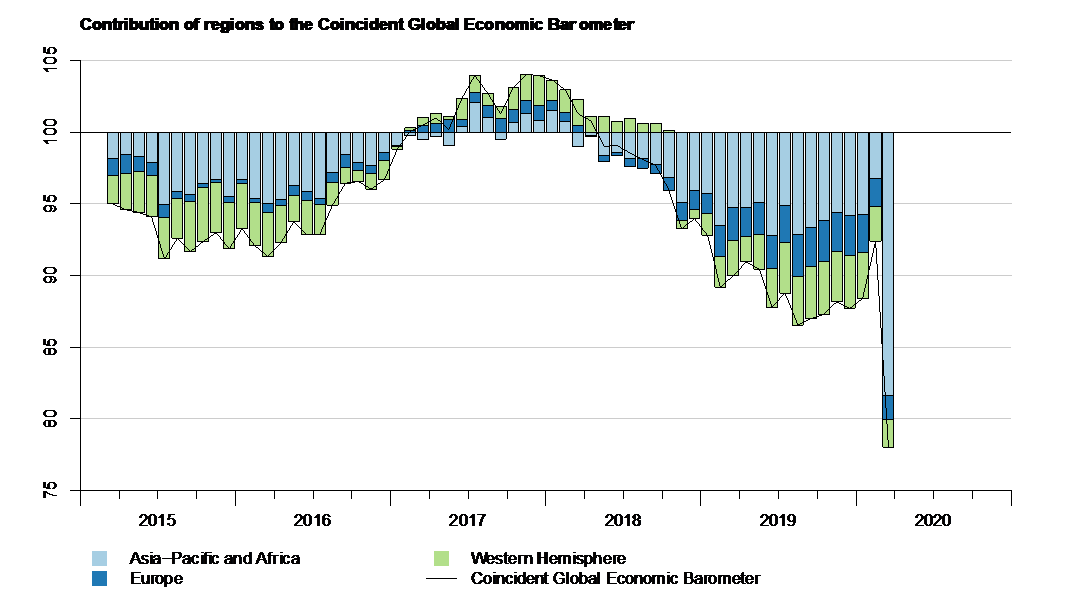 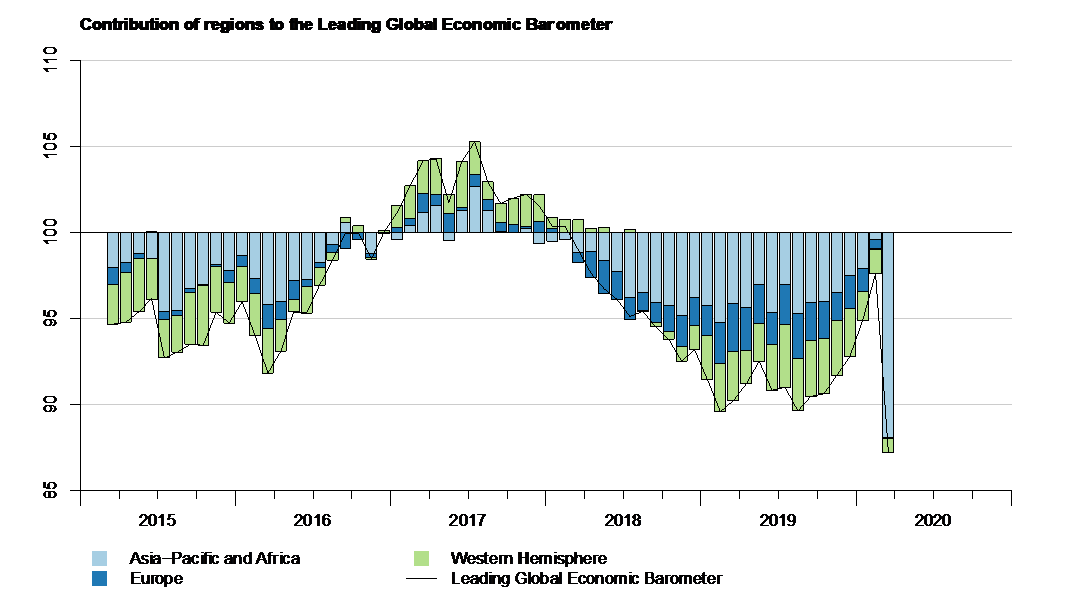 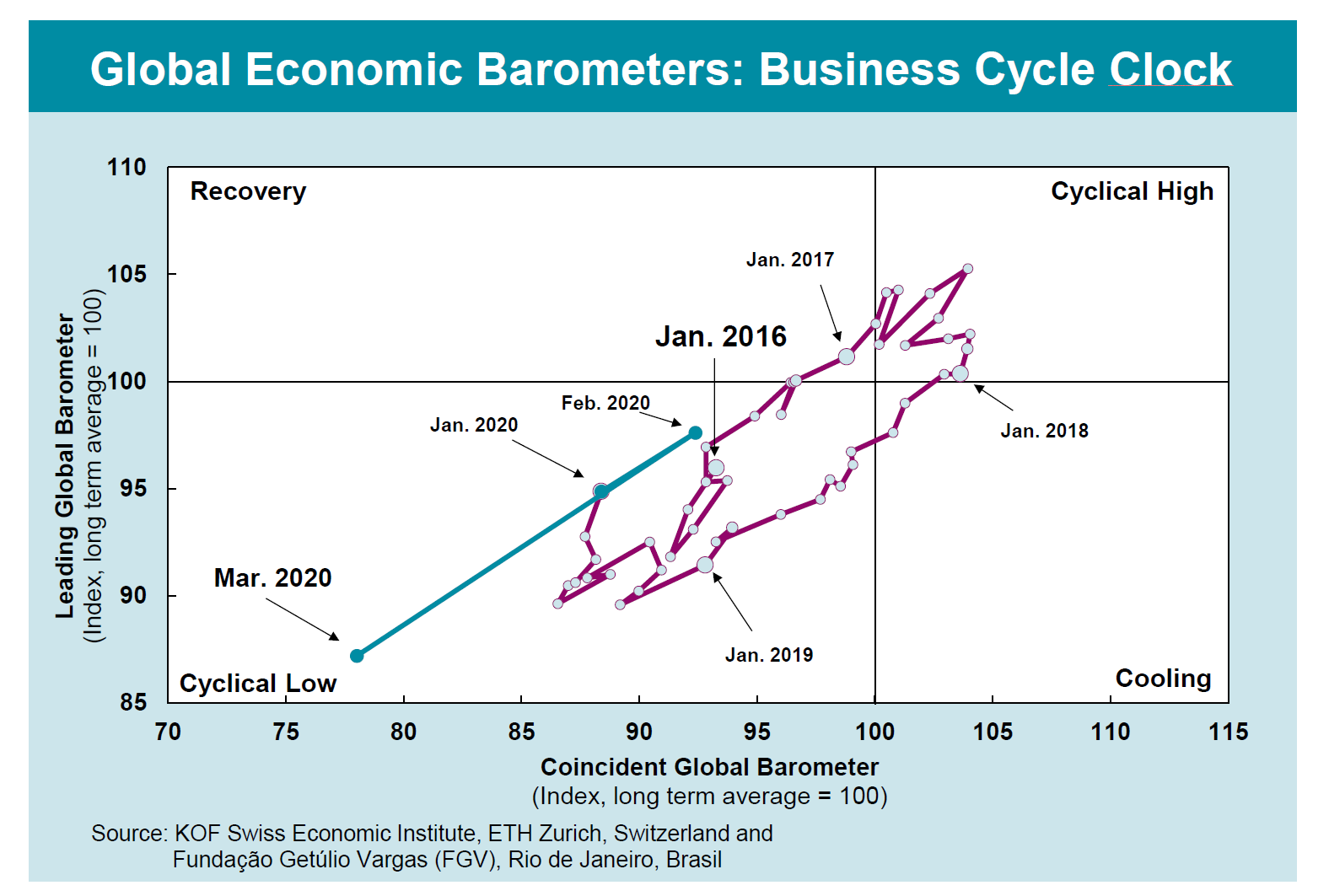 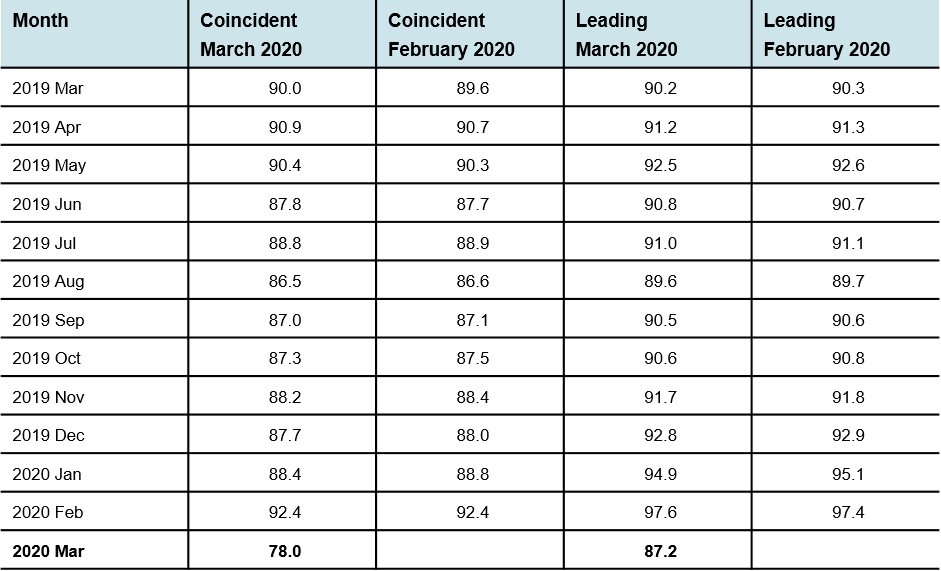 The Global Economic Barometers are a system of indicators that enables a timely analysis of global economic development. They represent a collaboration between the KOF Swiss Economic Institute of the ETH Zurich in Switzerland and Fundação Getúlio Vargas (FGV) based in Rio de Janeiro, Brazil. The system consists of two composite indicators: a Coincident Barometer and a Leading Barometer. The Coincident Barometer reflects the current state of economic activity. The Leading Barometer, on the other hand, gives a cyclical signal that is roughly six months ahead of actual economic developments.

The two Barometers are calculated once every month. They are usually published at the 10th of each calendar month. They are therefore available at a monthly frequency and in a timely manner.